Ten Tips For Traveling to Paris 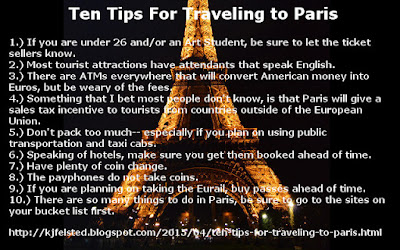 Among the lessons learned were that: Bathrooms are not free, Moulin Rouge is not as cool as it is in the movie, and you should watch out for those peddlers on the streets selling stuff off of a handkerchief. The would-be shopkeepers might run you over when they swipe up their wares and run from the cops. From the many, many, many trials and errors that I endured, I have learned more than I ever could from any tourist travel book. So, in order to spare you, I have thrown together 10 things I didn't know about traveling to Paris, as well as the dirty secrets you really need to know. 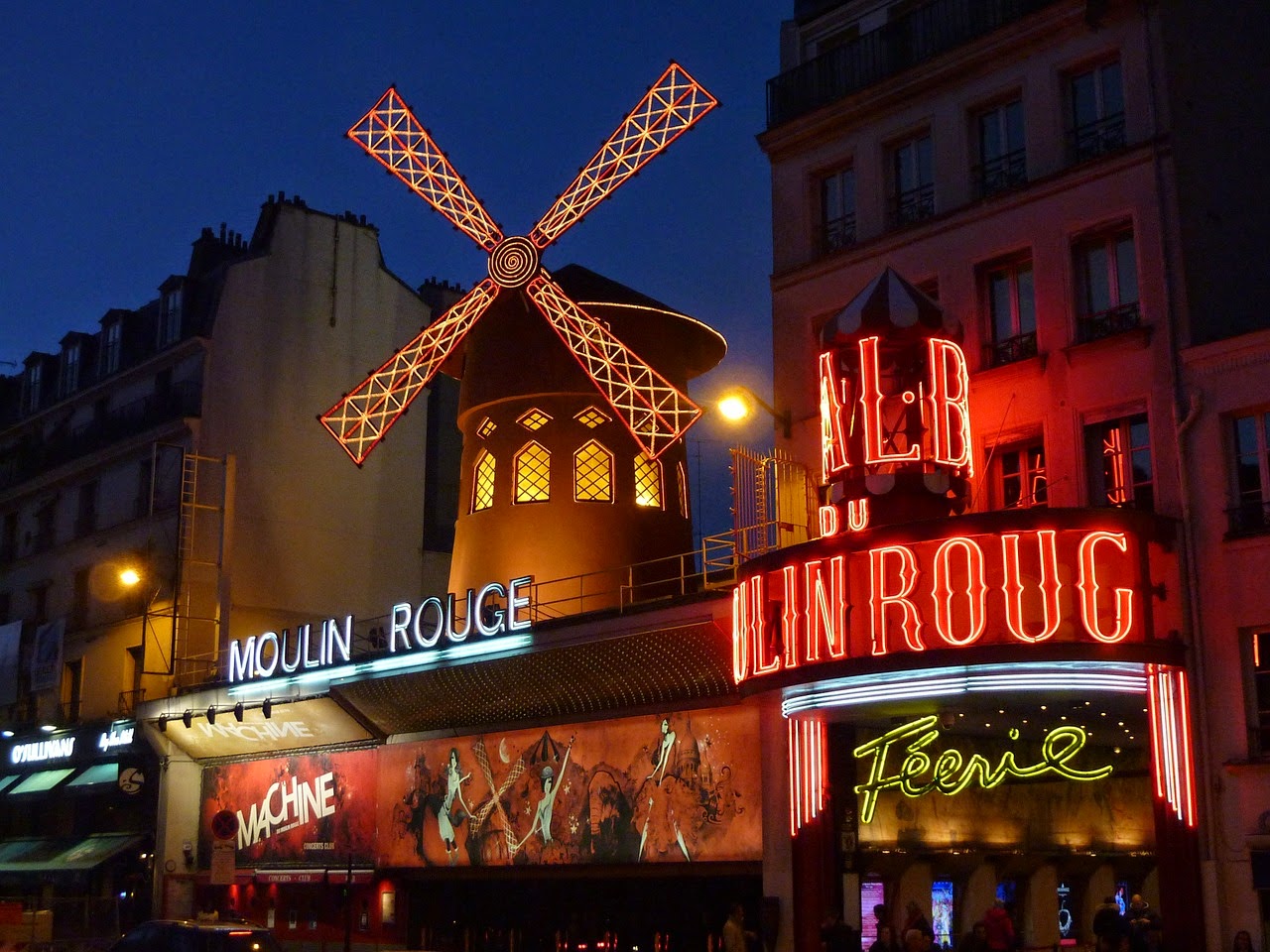 1.) If you are under 26 and/or an Art Student, be sure to let the ticket sellers know. With your ID you can get in half-price and sometimes for free in many museums including the Louvre, Musée D'Orsay, and Le Pompidou. Click here for a list of many popular and lesser-known sites in Paris.

2.) Most tourist attractions have attendants that speak English. Even though I took my best shot at using French to converse, they could tell that I was not fluent and they responded to me in English.

3.) There are ATMs everywhere that will convert American money into Euros, but be weary of the fees. Your bank and their bank will charge a premium for this. You can go to the airport to get some of the best exchange rates for your given currency, but sometimes it's best not to carry all your cash at one time.

4.) Something that I bet most people don't know, is that Paris will give a sales tax incentive to tourists from countries outside of the European Union. You will need to bring your receipts and make sure your purchases are 175 Euros or more, then and they will give you a refund on the tax-- so you will be shopping tax free!1


5.) Don't pack too much-- especially if you plan on using public transportation and taxi cabs. I learned this the hard way. I was staying for the summer, and I pretty much packed that way. I had two bags that I rolled throughout Paris between hotels. Sometimes the hotels would not hold onto my luggage until check in, which was 3 pm. I ended up going to the metro stations and renting a locker for the day so that I could tour the sites unencumbered.
6.) Speaking of hotels, make sure you get them booked ahead of time. Many of the hotels in Paris book up quickly, especially during the weekends, so a little planning will save you from the grimy grips of a one-star hotel. Speaking of which-- if you are in one of the less-prime hotels, make sure you have your own private bathroom. Sharing bathrooms, especially in a squalid hotel, is probably one way to catch a souvenir that you don't want to take with you. If sharing is unavoidable, go ahead and splurge on some Lysol and toilet seat covers.

7.) Have plenty of coin change. If you've never been to Europe you probably don't know that it is common to see paid bathrooms at many public locations. The men's bathroom is usually cheaper than the women's (unfortunately we still don't have equality, even in our bathrooms). You also usually need coins for the subways, and around almost every corner you can find a refreshing beverage machine that only takes coins.

8.) The payphones do not take coins. I know it is almost unheard of to use a payphone now a days, but paying those extra international rates was not an option for the poor starving student that I was. Because the payphones did not take coins, I had to go to a corner store to buy a phone card that had a special chip in it. It was not easy making phone calls but at least I could keep track of how much money it was costing me.

9.) If you are planning on taking the Eurail, buy passes ahead of time. They give discounts to people outside of the country, but charge the standard price of city-to-city tickets for anyone buying locally. Also, make sure to reserve your spots. You can reserve as early as 60 days in advance. 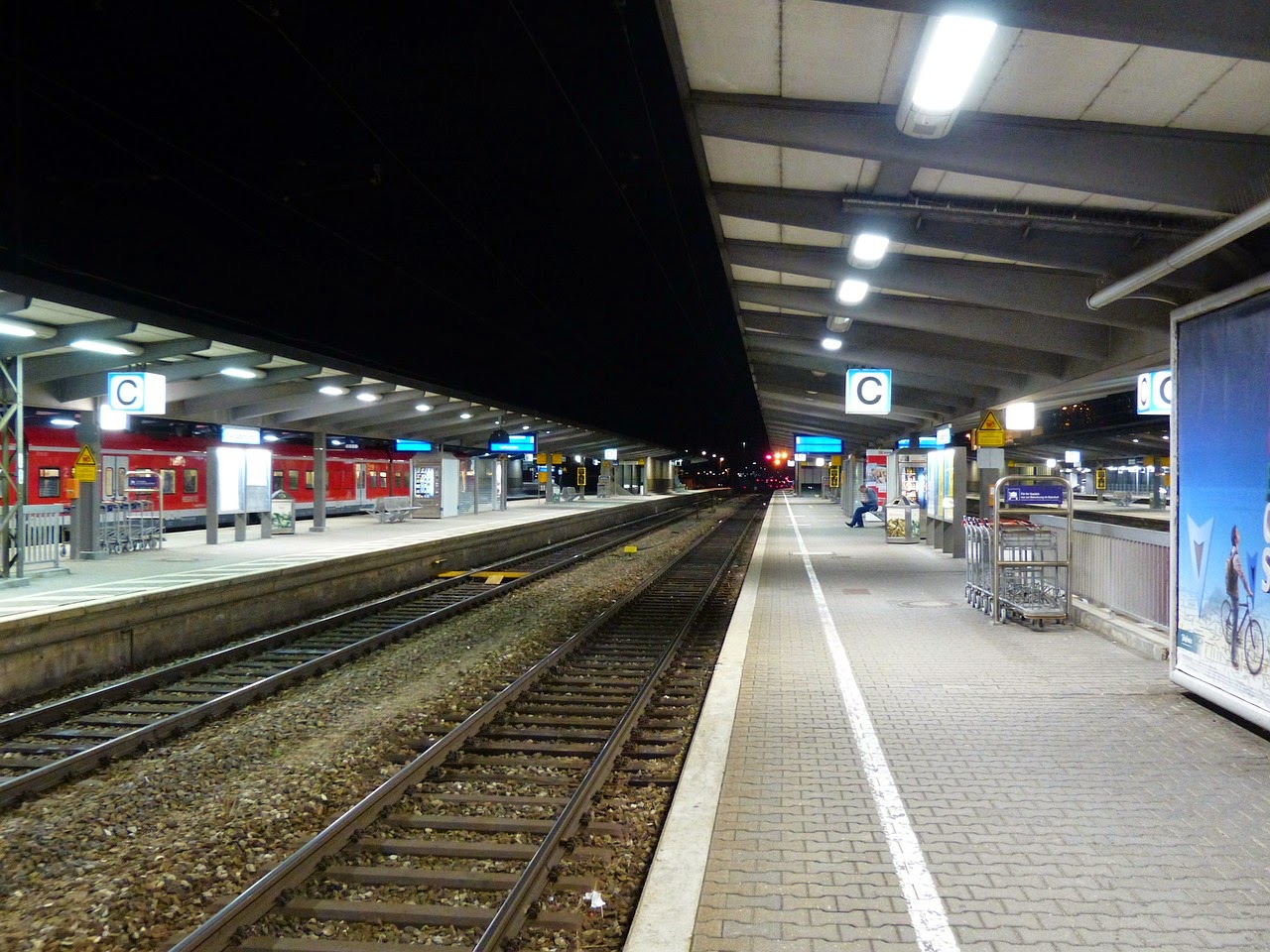 10.) There are so many things to do in Paris, be sure to go to the sites on your bucket-list first. I can not stress this enough. It is not possible to go to every art museum, restaurant, tomb, cathedral, garden or castle all in one week. If you are lucky enough to be in Paris for several weeks and get to see all of the sites on your list, make sure to go to all the lesser-known places as well. Don't forget to check out my post on the top 10 popular and lesser-known sites in Paris
This, of course, is no where near an all-inclusive list of dirty secrets and need-to-know information. Some day I'll get around to writing all my not-so-lustrous pearls of wisdom, but for now I will leave it at this.